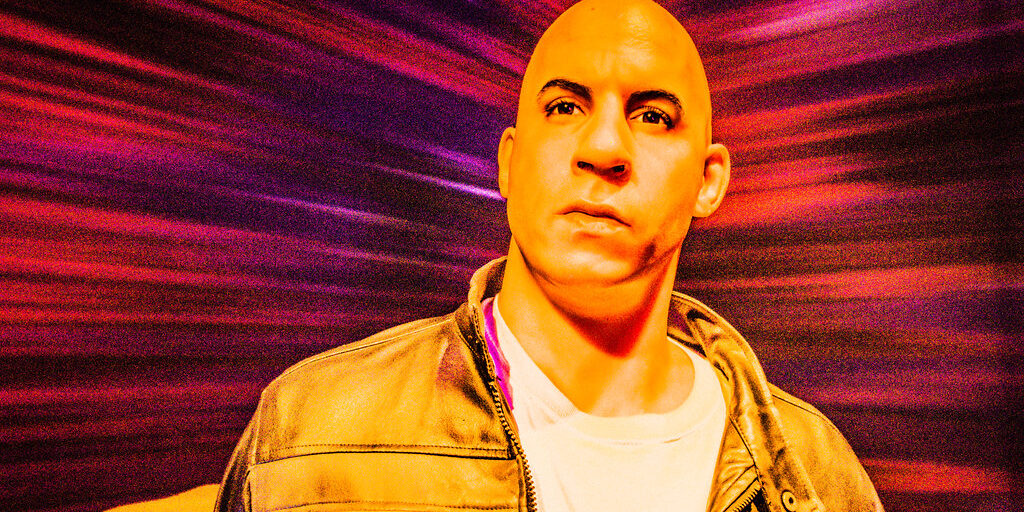 “After the events of 2020, Bloodshot is a welcome distraction.”

Welcome to The Silver Hedgehog Bloodshot Movie Review With the behemoth that is Marvel Studios dominating the Super Hero genre and DC just about picking up the scraps, is there room for a new entrant into this world?  Not content with Spiderman, Sony Studios have bagged the distribution rights for the Valiant Comics Universe with the first origin story being ‘Bloodshot’…

Bloodshot is an action Sci-Fi movie. The premise of Bloodshot is nothing new or revolutionary.  If you have ever seen Paul Verhoeven’s ‘Robocop’, Roland Emmerich’s ‘ Universal Solder’ or Doug Liman’s ‘Live Die Repeat’ you will recognise the plot.

Bloodshot centres around generic U.S. Marine, ‘Ray Garrison (Vin Diesel)’.  We first see Garrison saving a hostage in a scene lifted straight out of ‘Call Of Duty’.   After the opening events, we are transported to Italy where we see Garrison on holiday with his wife. Everything looks lovely, and is filmed in a lovely golden hue, until they are both kidnapped and taken hostage. At this point we get introduced to ‘Martin Axe (Toby Kebbell) ‘.  Not only has Axe got a cool name for a movie mercenary, he makes quite the entrance to the sounds of Talking Heads – Psycho Killer.  At this point you would think that we were being treated to a fun stylised film, something along the line of Guardians Of The Galaxy.  Sadly not, any notion of using needle drops to support the events on screen is dispelled as we only have Steve Jablonsky’s score to listen to for the rest of the movie.

As predicted by Psycho Killer, Axe kills Garrison. The military seemingly hand over Garrison’s body to billionaire megalomaniac Dr.Emil Harting (Guy Pearce).  We then see Garrison waking up at Dr. Harting’s facility, having been turned into a human cyborg with built in WiFI!  Garrison is given a tour of the facility, introduced to Human Fish ‘KT  (Eiza González ), and told that his blood is now basically made up of nanites that will repair ANY damage to his body, effectively creating a superhero. It becomes apparent that Garrison has no memory and also does not seem the slightest bit phased by being brought back from the dead.  During a 1 on 1 conversation with KT,  ‘Psycho Killer’ is heard playing in the background. This triggers a flashback for Garrison and the fragments of a memory form in his mind. This is just enough detail to send Garrison on a personal revenge mission. Having simply driven out of the secure facility (with everyone watching) Garrison uses his WiFi connection to search every database and satellite know to man to track down his killer (Axe).  Having located Axe, Garrison kills him and all his henchmen and returns to base only to be put to sleep, reprogrammed, reloaded with nanites and sent out again,.  It is apparent that this process has been performed several times before and that mysteriously, nearly all of Dr. Harting’s previous colleagues have all died!  I wonder why?    At this point KT grows a conscience argues with Dr. Harting and sets out to help Garrison, coercing rival computer programmer Wilfred Wigans in the process. Wigans finds a way to break Garrisons connection to Dr. Harting and his lab.  With Wigan’s help Garrison regains all of his memories just in time for the final third of the movie. This provides an opportunity to watch Garrison rampage about fake London, return to Dr. Harting’s facility, deal with run of the mill augmented henchmen and enacting his revenge. All in time to literately drive off into the sunset – movie cliche bingo anyone?

Bloodshot was supposed to be a Jared Leto movie, but for some reason production switched to Vin Diesel taking the lead role.  Its been a while since we have seen Vin Diesel in a live action movie outside of the Fast franchise, (not counting his portrayal of the word Grooooooot). The good news is that Bloodshot perfectly fits Vin Diesels range of acting ability.  We have softly spoken Vin talking about family, we have hardcore Vin punching concreate beams and we have angry Vin – shouting, looking moody and running.  Sometimes we are treated to all three at once! To be fair though, he does look like he is having a lot of fun playing Bloodshot.

Guy Pearce has forged a career as a character actor with recent credits including  Spinning Man, Mary Queen of Scots and Domino.  Bloodshot gives Pearce the task of bringing Dr. Emil Harting to life.  Sadly the script doesn’t give Pearce a lot to do other than walk around offices shouting at monitors. So predictable is the script it becomes a very Lex Luther type performance.  Pearce shows his skill by treading the line between obsessive billionaire and single minded maniac and hitting the character’s tone spot on. We really should see more of Pearce in big budget movies – Marvel if your reading (prob not, but hey)

With previous credits including Baby Driver, Alita: Battle Angel, Hobbs & Shaw. González’s popularity has been steadily rising. Here she plays KT, a former Navy diver who has had some sort of accident in the past.  This has resulted in in Dr. Harting providing KT the ability to breath under water, courtesy of a throat augmentation that I am convinced is forgotten about for the rest of the film. KT’s ability is referred to only once in the film and seems to serve no real purpose (presumably set up for sequel use).  Unlike Guy Peace, González gets a fair amount to do and once again proves she is equally at home with an action set peace as she is with more sensitive scenes. The on screen chemistry with Vin Diesel is believable.

What To Look Out For In Bloodshot…

Bloodshot is scored by Steve Jablonsky (Transformers, Ender’s Game, The Island, Lone Survivor, Teenage Mutant Ninja Turtles: Out of the Shadows, Deepwater Horizon). Once the score starts there is no doubting this is a Jablonsky score.  The sounds of a ticking drum, nestled over the top of an orchestra occasionally broken up with synth style boom, only for the pace to then ramp up with violins literally strumming chords.  At times we hear previous works from Jablonsky influencing Bloodshot’s score.  Listen to tracks from the Transformers or Skyscraper scores and you get to recognise Bloodshot’s Influences. I wonder if either one was used as a temp score during production? The score suits the film well and does not seem out of place. It would be nice to hear Jablonsky pull something totally different out the bag.

Sony have presented Bloodshot in the ATMOS format.  Dialogue is clear from the centre speaker and the soundtrack makes good use of the other directional channels. The overhead channels are used well not only on key scenes but to ad ambience throughout the film.  I did have to play volumes tennis a little during action scenes, (this is unusual for an ATMOS track).  Jablonsky’s score integrates well and is provided a spatial sound to air in.
Overall the sound quality on Bloodshot is fantastic.

I have to say the image is stunning, it really pops.  Vibrant colour saturation and incredibly sharp picture  The tunnel scene in particular has a gorgeous red hue defiantly helped by the 10bit colour depth. The CGI used in this movie is fantastic.  At one point Bloodshot gets most of his face blasted off and the level of detail in how the nanites repair his face is both brilliant and gruesome at the same time.  I would say the CGI outshines anything DC has created and is on par with Sony’s latest Spiderman movies. That’s some achievement given the movies modest production budget. It’s apparent that visual effects guru Dave Wilson has helmed this movie.

While there is no doubt that Dave Wilson is a talented visual effects supervisor (check out his list of previous productions), his directorial attention to detail needs a fair amount of work.

The most Inexplicable parts of the film centers around two key set pieces. The first is a tunnel scene.  To get to his target Garrison crashes a truck full of flour.  Whilst this results is some excellently produced footage of Garrison dispatching enemies through seas of flour powder it raises one big question. Why didn’t the dust explode? . The second Inexplicable plot point is a scene supposedly set in London.  The buildings do not look British, the cars all have foreign plates, a police car has the wrong markings for UK, Police officers wear the wrong uniform and seemingly are sitting in the car with a gun.  We all know that English police have specific firearms vehicles and they have guns safely locked in the boot.  You would have thought that someone with Wilson’s VFX experience would sorted these issues out in pre production or post

At one point Bloodshot was nominated for an Oscar shortlist for best VFX. This is more disbelieving than the onscreen action!

Is Bloodshot Any Good?

After 2020 and 2021 getting off to a rough start, Bloodshot is a welcome distraction. Go into the movie suspending disbelief, laugh out load at the gaffs and sit back and enjoy Vin Diesel doing Vin Diesel type stuff.

taking Bloodshot for what it is, it is great fun. It's been a long time since a new Sci-Fi action flick was released, go watch it!