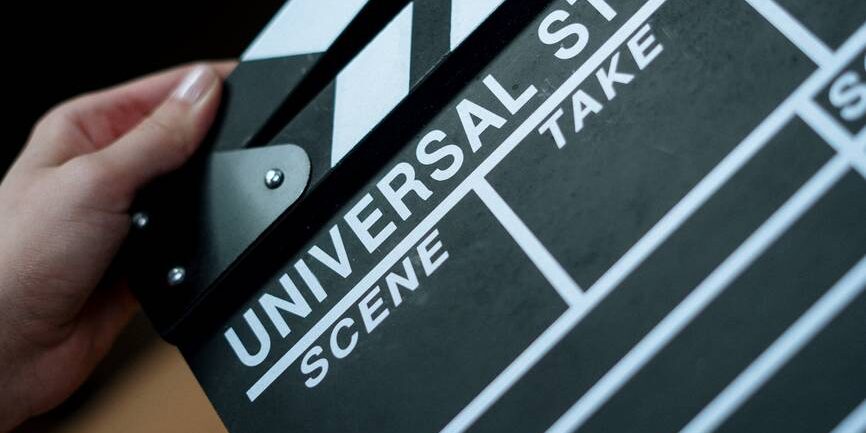 “I think there will be movie theatres in 1,000 years. People want the group experience, the sense of going out and participating in a film together. People have been predicting the demise of movie theatres since I started in the business.”

t’s amazing to think that we have been fascinated by the moving image for centuries. It’s conceivable to think that every era of human civilisation has a record of moving pictures. Whether it is the primitive arts of Shadowgraphy (the art of performing a story by making hand shadows) to the latest 8k images we see today.

An American called Woodville Latham created the Eidolscope company . The Eidolscope is attributed to be the first widescreen film format that could be projected to an audience. Eager to show off this technology the Eidolscope company created a film of Bullfighting.  Latham then hit on a great idea – project a film to a large audience and charge a ticketed admission fee. He decided to test this out by integrating the film into the last act of a production of Carmen. The image turned out to be poor quality and not very technically advanced. Nevertheless, Latham had succeeded in selling tickets to a moving picture projected onto a screen, thus creating the world’s first cinema experience.   In typical movie industry style Latham was then dogged by several copyright infringements and his company closed a year later.

Latham’s success and failure did not stop the progress of cinema and over the next 125 years the pace of change and innovation has been phenomenal. We have seen the invention of colour, special effects,vfx, new high definition formats, addition of sound and more recently, directional sound and all the possibilities that it provides. We have gone through at least 3 attempts of 3D, witnessed costume design advancement, music score development, editing techniques have become more refined and not to mention the creation of massive movie franchises. Movie studios, production companies and distributors have come and gone throughout all of this

As the movie studios brought in new technology,  cinemas had to adapt to be able to play the latest films. The early days were all about adapting to keep up with Hollywood’s technological advances,  up until the mid 1980s cinemas had it pretty easy as there was no real competition.  In order to show a movie, all cinemas had to do was to be able to play a format standardised by the Academy of Motion Picture Arts and Sciences, typically this was a 35mm linked to a pair of stereo speakers. It was highly likely that a visit to the cinema resulted in sitting in uncomfortable chairs and suffering hissing speakers in stereo (if you were lucky!), the screen might as well have been lit by a candle!  As Cinemas had access to the blockbusters of the day and people kept going they had no need or appetite to invest in improvements, to a large degree the audience experience was an afterthought.

In 1977, a young director by the name of George Lucas  became unhappy at the experience that the audience received while watching his latest movie ‘ Star Wars’ .  He realised that movie theatres had no standardised qualities to meet and the movie experience would differ vastly depending on the quality of the cinema visited . Back at the Skywalker Ranch a plan was hatched. Lucas set about working  with industry experts and created a certification programme ‘THX’. Cinema’s would pay for THX experts to modernise the auditorium to a very specific standard.  By the time ‘Return Of The Jedi’ arrived in 1983 if you visited a THX certified screen you knew you would get the best sound and best screen available. Not only that,  THX is still available as a standard that auditoriums can adhere to today,  alongside systems introduced by rival companies such as Dolby.  It’s amazing to think that Star Wars helped usher in new industry standards.

By the early 1980s Cinemas no longer had it all their own way.  TV was becoming more affordable, and the home video market was growing.  The movie studios became eager to take advantage of selling movies for different markets. A system was created to release films to different markets in stages. This meant Cinemas would get theatrical releases first, then, after a set period of time (2- 3 years) the movie would be released on video and finally to free to air television 5 years after release. Some felt that these windows became too favourable to the Cinema industry and did not benefit the studios. By the early 1990s, the release window had been adjusted, so that after 6 months from theatrical release, video rental would be available and 3 years after release,  free to air TV would get the film. This suited cinema owners as they could capitalise on the blockbusters of the 1990’s to early 2000’s and the studios got a slice of the video rental and syndication markets earlier. A win win all round.

By the turn of the 21st Century, cinema owners started to run into a perfect storm of problems. The new millennium had introduced the first video on demand streaming services this led to the movie studios wanting to shorten the theatrical release window further.  After 3 months on release, a film would be available on video, or sooner if it was on Video on Demand.  The resulting decline of ticket sales also started to eat into the profit margins of cinema chains.  Cinema owners attempted to protest at the changes by boycotting a major studio, but in the end dropped the protests before they got too serious.  Cinemas knew that the longer they kept a film on the screens the more money they would make and as the theatrical release window was shortened, they would need to find new ways of making profits and this meant enticing more people back to the cinema.

Finally they thought about investing in the cinema experience.  New multiplex cinemas were built as destinations mixed with other activities such as bowling, pubs, shops, restaurants. Some even anchored new shopping centres.  The hope was that this combined experience would bring people back to the cinema, and it worked.  The cinema chains realised that to keep audiences engaged they needed to invest in the event experience of going to the cinema.  The large chains launched new auditoriums that had floor to ceiling screen height with armchair style seating, some launched membership subscriptions and 4D experiences.  A far cry from the dimly lit screens of the 1970’s.  All of this was designed to remind people how amazing the cinema experience is vs watching on your smaller TV at home.  This strategy was working right up until the Covid-19 pandemic. Then everything stopped.

At the onset of lockdown movie studios had millions upon millions invested in projects in development and films ready to be released.  The industry could not simply stop even though cinemas could not open. The studios already had a readymade solution to the problems created by the global pandemic.

Within days of countries entering lockdown, Universal released Trolls World Tour via Video on Demand. This is a film that should have had a theatrical release.  At the cost of $20 (or £15.00) you could watch this latest movie at home with the family. It was perfectly timed – locked in families in need of a couple of hours of entertainment lapped up the film and it made just over 50 million dollars over its first weekend.  A number of other titles followed and all have done very well.  Universal, thinking they are on to a winner,  announced that they will consider releasing future titles in the same way.   This has angered cinema owners and in a very knee-jerk reaction, one of the worlds’ largest cinema chains announced that it would not show any Universal films on any of their screens.  That’s like Blockbuster video saying they did not see the future in online streaming.  The language on this embargo seemed to have warmed up a bit, however in a recent quarterly statement AMC simply say they have not booked any Universal films yet. It seems that AMC along with other cinema owners had not been involved in any discussions with Universal on their new release plans and similar to the changes in the 90’s the cinemas have reacted with anger.

The movie studios have been pushing the boundaries of how quickly a movie release can go into the wider public and this move from Universal seems to have broken some very fine boundaries in a very long running feud.  Some say the reaction by Universal is short-sighted.

As lockdown restrictions are released the cinema experience is going to be different. Seats will be blocked off meaning lower capacity in auditoriums.  Pre booking will be mandatory and systems will allow families to block book seats and film times will be staggered. I love the cinema experience but I am in no rush to go back to the cinema to put myself through the stress of sitting in the same room as others for multiple hours at a time, breathing in other people’s air and worrying about a certain virus!  If I am thinking that, there will certainly be others thinking the same.

Perhaps Cinema owners should not be placing an embargo on specific studios but they should be considering how to work together. There is no doubt that cinema still has a place in the post covid world,  movie fans still yearn for the big screen.  If they are smart cinema owners will continue to innovate.   I think that auditoriums will become smaller and that the rise of the massive soulless multiplex has ended.  Smaller boutique cinemas may well be the way forward.  Cinema pods may become the norm, infact one large chain has already started thinking about this and has created seating inside a glass box each with its own sound system.  An altogether more personal experience may be the key to the survival of cinema.  Major streaming companies have also expressed interest in running their own cinema chains, potentially paving the way for simultaneous releases of major titles on the big screen and Video on Demand.

One thing’s for certain Lathems’ 125 year old idea of mass audiences paying to watch a moving picture is definitely not going away, and I for one am very excited to see what comes next.