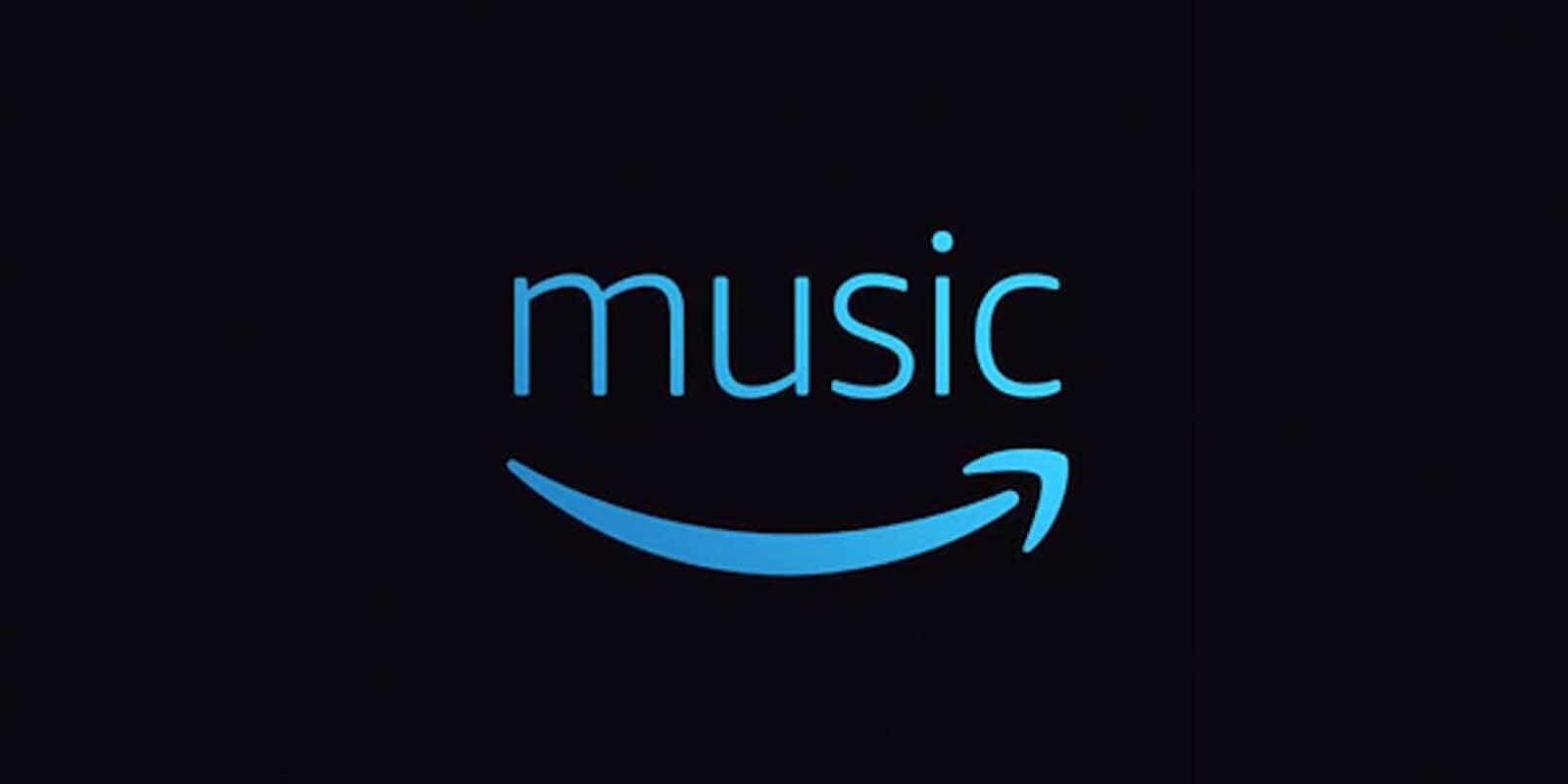 Eager to promote its emerging entertainment strategy, Amazon launched ‘Amazon Music’ in 2007.  Like other Amazon companies the music service started off small, with a catalogue of 2 million songs. It has now grown to host around 60 million songs, and has spawned sponsorship deals, concerts for Prime Video, and supported upcoming artists.  The service is reported to have 55 Million Listeners and is integrated into various Amazon ecosystems such as Fire TV, and Echo devices.  It hosts a web player, support for Android, IOS and more recently Garmin smart watches

The confusing thing about Amazon is it knows how to create simple, really  easy shopping experiences (who doesn’t like the ‘Buy It Now’ button) but its digital platforms don’t tend to get the same love and attention. At first glance Amazon Music’s pricing structure can be confusing.

Free – No Prime – if you don’t hold an Amazon Prime subscription, you can listen to Amazon Music for free via the Echo Devices.  Amazon does not allow you to skip tracks and you are restricted to listening to ‘Artist Stations’ that uses an artist as inspiration for what to play next.  At 2 million songs to choose from, it’s very light on content. Similar to the free spotify option you also have to listen to adverts, these will mainly be attempting to upgrade you to Amazon Prime. You can of course use Alexa voice assistant to control playback.

Free – With Prime – If you hold an Amazon Prime membership you get access to the 2 million songs without adverts.  You are able to listen across the various supported devices, play offline and create a playlist. Alexa enabled, it’s the minimum standard to expect from streaming services. Don’t expect the latest A list track to be available straight away.

Individual plan Amazon Music Unlimited £3.99 a month, this is the first of Amazon’s  ‘Unlimited’ plans. It is a single device plan.  Listen without adverts across 1 Amazon Echo Device or Fire TV.  Music Unlimited also provides 60 million songs, no adverts, listen offline, playlist, Alexa compatibility, and playlist suggestions based on what you are listening to.

Music Unlimited for Students £4,99 a month.    Access to 60 million songs, no adverts, listen offline, create playlists, Alexa compatibility, playlist suggestions based on what you are listening to. Discounted price for those that can prove student status.

Family Plan, £14.99 (For both Prime and Non Prime members) Users can create up to 6 accounts. Access to 60 million songs, no adverts, listen offline, create playlists, Alexa compatibility, playlist suggestions based on what you are listening to.

HD Upgrade- £5.00  extra per month on (Available  individual and Family plans only).  I will mention his a little later in the blog, this upgrade provides higher bit rate songs, across all of the 60 million songs and millions of the songs have been provided in 10 x the bit rate quality

I have never had an issue finding something to listen to.  Over the years it has grown its selection to a massive choice of 60 million songs.

As you would expect, Amazon music is integrated into Amazon devices.  Lots of instructions can be given using Alexa, from basic volume control through to adding specific artists to the play queue, without having to specify the service name when you give the instruction. I.e just say Alexa play….

Surprisingly, music videos are also supported and if you use the Fire TV to play music from Amazon Music there is quite a nice selection, I quite enjoyed watching old music videos on the 80’s section.

Setting up the Android app is very easy, as with other platforms you start by selecting favorite artists and once you’re in Amazon will offer up automated playlists based on your choices. In practice it works ok.  I was prompted with music choices that certainly did not offend.

A quick look in the app settings unveils another great feature, explicit song blocking.  Once clicked, explicit songs are removed and any attempt to load one results in a greyed out track.  One word of caution if the artist has not provided a ‘clean’ version you will not be able to listen to the track and will have to go into settings and turn off the feature.

Now onto sound quality, in my last review I discussed how Spotify sounded a bit flat and tended to suffer from a low bit rate (from 90kbs), Amazon on the other hand plays mostly all tracks at 320Kbs.  This increase in bitrate translates into a more pleasing audio performance.  Songs feel more rounded, deeper bass and subtle highlights can be noticed. Connect a pair of headphones and you will not be disappointed.

Something new Amazon has been working on is HD and Ultra HD quality sound. The branding is a bit of clever marketing on Amazon’s part, essentially for an extra £5.00 monthly fee they supply mostly all of the tracks at 850kbs or Ultra HD offers a bitrate of up to 3,730 kbps, which, Amazon says, “ is ten times higher than most streaming platforms”. I haven’t listened to the upgrade yet on Amazon but I have experienced something similar with rival service Tidal, and if that’s anything to go by then you’re in for a treat if you stump up the extra cash. one other word of caution, to make the most of HD and Ultra HD music you need to make sure your device supports it, otherwise you will pay for nothing as the music will be downgraded and you will not hear the difference.

The web player is excellent, works well on windows and accesses all of the online playlists etc. If you log into amazon you can jump onto Amazon music at the click of a button.

One final good point is an old almost forgotten feature Auto Rip. Buy a CD (yes remember those) from the Amazon store and if it has the Autorip logo they will put all of the tracks into your music library on Amazon Music.

I have used Amazon Music since its inception, both the free services and the monthly paid for version. I Recently I stopped my subscription and started exploring other services (that’s what’s spawned the idea of writing some reviews).  The reason I stopped using Amazon music was the app. It’s simply too buggy.  I’m using Android phones, one an older version of Android and one on the latest. What started happening was the music would play fine, but if I skipped to another song , nothing would happen. The selected song would not play and it was in a permanent state of buffering. This happened on and off wifi and on 2 different android types. The only remedy was to force close the app and reopen and it would start playing again.  I put up with this for a few months thinking that an update would arrive, it didn’t.  The 2nd issue of the app is using Android Auto.  Now I know Android Auto isn’t perfect and has quirks and glitches but as I have since found out, so does Amazon Music. The freezing of music carried over to Android Auto and it developed the habit of not fetching songs via voice. Give it a voice instruction to play a well known track and it would not respond, or it would say playing and then silence.  If you left the phone connected and manually went into the app and located the track it would play.  What is the point of a music streaming service if it doesn’t actually stream the music you ask for?

Above I mentioned the pricing was confusing, adding to this if you hold an Amazon prime family membership (I.e share your prime benefits such as Kindle etc) , this does not translate to Amazon Music. You are forced into buying a family membership – on top of your prime membership- if other members of your household want to access the music.

The other issue with the app is it’s not very intuitive.  It separates offline and online, this doesn’t seem a bad idea but I asked a friend to create a playlist for a road trip, we set out and the music was not there, we had it saved offline to save data but the selected tracks were online. Other apps make the distinction clearer and make it more intuitive to create and add songs to playlists and sync them.

Amazon Music is like walking down the middle aisle in Lidl. At first: the pricing is confusing, then you look closer at what’s being offered and you realise it’s actually not too bad. It’s a shame that I found the app so buggy as it has a lot of positives and if you are an Amazon Prime subscriber it makes a lot of sense.