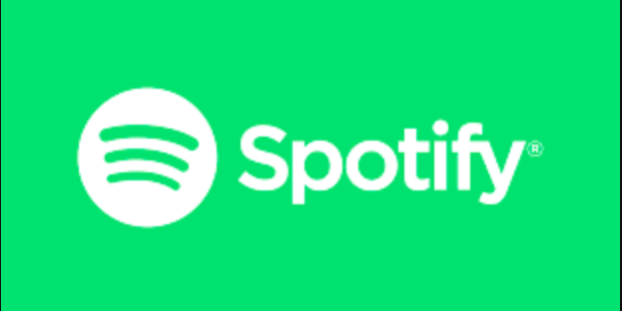 First up is Spotify. This is probably the best known of the music services being discussed in this blog. The service was launched in April 2006, has 286 million users and can be found pretty much on any connected electronic device, be it games console, TV, phone, tablet, connected speaker system and has about 50 million songs.

The good news is Spotify covers pretty much every budget.

Free – users have to put up with adverts, do not have the ability to choose specific songs (on mobile devices) and get limited song skips.

Duo: £12.99 a month – This is a new plan that covers 2 Premium accounts for a couple under one roof. Duo Mix: a playlist for two, regularly updated with music you both enjoy Ad-free music listening, play offline, on-demand playback.

Family £14.99 a Month – 6 Premium accounts for family members living under one roof Family Mix: a playlist for your family, regularly updated with music you all enjoy Spotify Kids: a special app for kids up to age 12 Block explicit music ad-free music listening, play offline, on-demand playback.

Being one of the most well developed and oldest of the music streaming services, Spotify is really easy to use. When you set up an account for the first time you select a handful of artists that you like and Spotify gets to work. Its powerful algorithms present you with personal mixes that Spotify thinks you will like. They are pretty much spot on and the more you use Spotify, the more it suggests. The mobile app is clear and its easy to select music, create personal playlists and download to your device just in case you have no data or are in an area without data signal (rare these days but still can happen). Spotify also has a ‘Spotify Connect’ feature. This is an app that is available on smart devices such as TVs and smart speakers. Once the mobile app sees the device, you press an icon on screen and Spotify then connects to the device and starts playing via wifi. I was particularity impressed that on the LG TV, not only did I get album artwork, but Spotify connect also displayed interesting artist facts and information.

The Spotify app also has another great feature – Podcasts. It is capable of playing almost any podcast via the app, although you need to be a ‘Premium’ subscriber in order to take advantage of the feature.

I also used Spotify in the car connected via Android Auto and it worked flawlessly. Using the google voice operation, I was able to play playlists, albums, artists and podcasts.

One final thought is that I have never been unable to find a song, its large database of tracks that seems to be updated all the time is fantastic.

Now reading the list of the good points you may think there are no bad ones and… unfortunately there are a few niggles.

First off, no music streaming review would be complete without talking about the sound quality. While I have used Spotify for a while, I have never once had cause to think about, or complain about the sound quality. I would go as far to say its perfectly acceptable, so why is it a bad point? I hear you say. One day I was comparing sound across a couple of apps in the car and it suddenly dawned on me that Spotify sounded a bit tinny and flat. I have to stress that if you hear Spotify in isolation fundamentally there is nothing wrong, but compared directly against other services something feels missing. Thinking that this was a quirk with the car sound system, I hooked Spotify up to a home cinema system and it became obvious this perceived ‘flat’ sound was a trait of Spotify. After this unexpected discovery I did a bit of digging online and it seems that they use a bit rate of between 96 – 160kbs depending on the device used to listen, and only increasing this to around 320kbs when a desktop app is used. The lower bit rate means that more of the music is being left out contributing to the sense of it being a little flat, but it also means that less data is used to listen to music so its a fair trade off.

You also get what you pay for, that is to say if you don’t pay for the service and listen for ‘free’ you experience a severally restricted service. If you want to listen to a specific song on the mobile app, Spotify simply loads ‘shuffle play’ that plays similar songs, and the one you want may take several songs to arrive. If, for any reason, you want to skip ahead you only get a limited amount of skips per hour. The adverts that pop up don’t intrude too much and if you are on a PC, you do get the odd video to watch, sometimes watching one of these will provide another 30 minutes of uninterrupted music.

Spotify was founded on a ‘music for everyone’ ethos, and to this effect it has succeeded. Its like the Tesco of the music world; located all over the place, priced like the rest of the market and has decent enough quality sound, although competitors offer better quality. The app is easy to use and the automatic mixes are intuitive. The only thing preventing 5 stars is the issue I discovered with the music quality, but this would probably not be an issue for most people.

Silver Hedgehog ‘Try It Out ‘Rating.