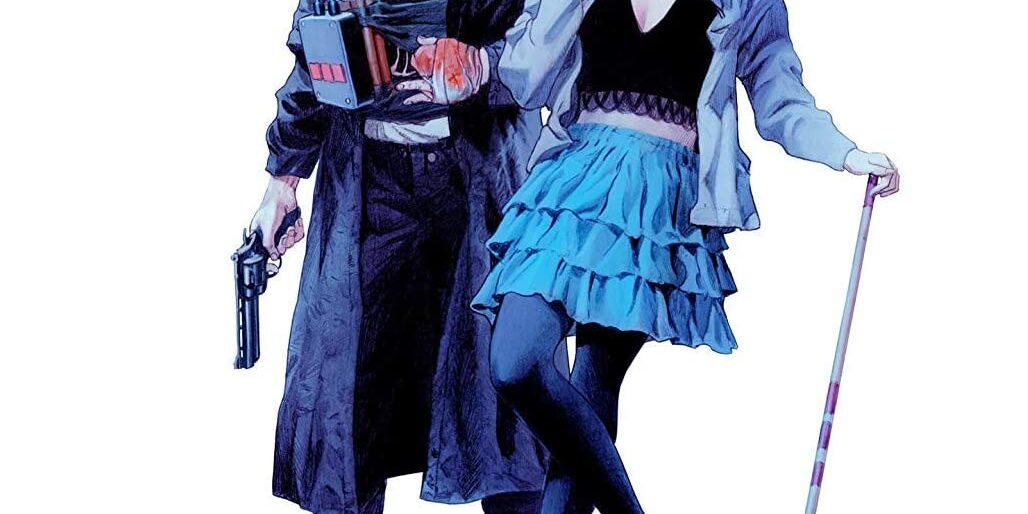 “You’re such a pillowcase”

JJ suggested that we should watch the film ‘Heathers’. For a certain demographic and age group this was the must see film of 1989. I confess I was busy watching Batman that year so Heathers completely passed me by, much to JJ’s surprise.  So I go into watching Heathers completely unaware of the plot and spoilers. With a name like Heathers I was expecting a chick flick, how wrong was I..

Heathers is a black comedy set in in a late 80’s USA high school. If you have watched any high school based film anytime within the last 30 years, chances are you may have seen the same basic plot points played out. Geeky girl gives up geeky friends to fit in with the cool girls. The only problem is the cool girls are bitchy to the new girl and despite this, the geeky girl still wants to be part of the group. Films like Mean Girls and shows like Glee relish in this plot type,

At the films outset we are introduced to Veronica (played by Winona Ryder).  Veronica has shunned a geeky childhood friend to join a trio of girls who are all called Heather.  This Clique of girls think they are the top of the tree and do everything to create an elite social status within High School, This ranges from playing cruel pranks on the obligatory ugly kid through to forcing Veronica to go to frat parties in return for forced sexual favours (implied not seen).  Veronica, being not at all too happy about this activity forms a friendship with gun-toting new boy J.D (Christian Slater).   J.D is the typical new kid, who has moved from school to school, wears a long black coat and can’t seem to fit in.  He has the bad boy personality that oozes trouble, yet the the lead character, in this case Veronica, can’t seem to get enough of him.

Throughout the film J.D turns up right at the moment that Veronica needs him the most.  She soon discovers that J.D is a troubled kid who actually turns out to be a psychopath with a murderous agenda against anyone he doesn’t like.  J.D grooms and coerces Veronica into helping him fulfil his murderous ambitions until the final climatic scene where somehow Veronica at last becomes aware of right and wrong.

Veronica is an integral character of Heathers so the casting had to be great. Hot from gaining attention from parts in Beetlejuice and 1969, Ryder is thrust into the lead role.  Ryder succeeds in bringing Veronica to life with the character being played just on the right side teenage angst. Winona Ryder not only has on screen acting to deal with but also an internal monologue that crops up throughout the film. When the action on screen ramps up, Ryder hits her stride and is more than capable at delivering a decent performance with the emotional heft required.

A key part of the 80/90’s brat pack Christian Slater plays the teenage rebel J.D. We first meet Slater in the school canteen, after eyeing up the Heathers a couple of boys attempt to bully J.D.   His answer to the bullies, pull out a gun and shoot them point blank.

Watching Slater in Heathers poses a question : What do Jack Nicholson, Heath Ledger and Christian Slater all have in common ? The answer is Slaters’ acting.

I can’t get the similarities between the two jokers and J.D out of my head and once you see it you cannot unsee it.  It’s almost as if Slater studied videos of Jack Nicholson and based how he acted the J.D character on what he had watched. Then a couple of decades later its as if the late Heath Ledger watched Slaters’ Heathers performance and based his Joker on him. Every time J.D appeared on screen I was waiting for him to say “Why So Serious?”.

David Newman scored the movie and made a conscious choice not to use a traditional orchestra and instead use the available electronic instruments of the time.  The result is that at times the film sounds like it has a 1980’s video game playing in the background. Otherwise the score fits well, I am not so sure a fully orchestrated score would have had the same result and may have taken away from the movie. Interestingly the 30th anniversary Blu-ray has a True HD soundtrack, that sounds like it has had no work done to it. Leaving speech muffled at times and the score sounding it’s age.  It could certainly do with a decent True HD restoration not just a transfer.

I watched Heathers on the 30th Anniversary Blu-ray. It promised a restoration of the cult classic. Sadly the only thing that looked restored is the colour scheme, with vibrant reds popping on screen.  The rest of the films video image is a bit of a mess. Some scenes have picture noise, some scenes look HD, some scenes look a bit blurry. Its as if nobody paid any attention when scanning the 35mm over to the Blu-ray format.

The Heathers all wear power suits with shoulder pads higher than the Eiffel Tower. Teamed with blouses that look like shirts and neck brooches that look hideous by todays’ standards.  Well at least the late 80’s style had moved on from shell suits by the time this movie came out, so I guess that’s a good thing!

Heathers is a black comedy and it gets its laughs from the deaths on screen and ensuing reactions of the cast. The basic plot of Heathers is one of revenge, Why J.D picks that particular school to terrorise is not explained. Has JD committed similar acts in previously schools? maybe.  On the subject of J.D, the shooting of the two bullies has no repercussions.  There is a throw away line about him being expelled, but he is able to walk around the school as if nothing had happened and no one seems afraid of him, I found this a little weird, perhaps 1980’s American kids could shoot each other for LOL’s?  Police are portrayed as stupid and take everything at face value. There is a suicide note – that means she committed suicide, the suicide note says they are gay, they must be gay.  I get that its played for laughs but the problem with black comedies is that often the laughs are played too seriously so you end up laughing at the stupidity of the writing, not the joke.  I laughed a lot at the language the Heathers used. In their clique they enforce their behaviour by eloquently saying 1980′ slang phrases like ‘What’s your damage?’, ‘You’re such pillowcase’, ‘I’m sorry?’ and ‘What are you oozing about?

Is Heathers Any Good?

Heathers is now a cult hit with a loyal following (a quick search on Facebook throws up a large collection of fan groups)  any notion of Heathers being a chick flick is removed after the first few minuities of the movie. Its black comedy is evident from the opening scenes. Heathers is not afraid to highlight a variety of themes during its 1 hour 43 run time – teenage sex, teenage angst at trying to fit in, mental health issues, death of parent and the gun culture of America.   Although these are serious issues, it handles these topics this with tongue firmly in cheek in darkly comedic fashion.  The use of late 80’s early 90s teen language brings with it a certain degree of comedy. Its the type of movie that just could not be made these days. Who would allow a gun in school or homophobic culture to be lauded?  This is a film that is crying out for a decent restoration perhaps we might see a fully restored 40th Anniversary edition rather than the half hearted attempt we have at the moment.

It’s easy to see why Heathers is so loved, it’s a time capsule of late 1980s culture.

How Popular Is Heathers?

Visit us on FacebookInstagramTwitterTwitterBuy Me A Coffww
DON’T MISS OUT!
Subscribe To Newsletter
Be the first to get latest updates and exclusive content straight to your email inbox.
Give it a try, you can unsubscribe anytime.

Some of Our Other Reviews
Go to Top
DON’T MISS OUT!
Subscribe To Newsletter
Be the first to get latest updates and exclusive content straight to your email inbox.
Give it a try, you can unsubscribe anytime.